Did you know that I went to Belgium for a weekend break with my family in December last year?

Probably not, as I’ve only just got round to sharing my photographs from the trip. If you’re a regular reader of my blog you may recall that I went on holiday to Marrakech in December 2010 for my Mum’s fiftieth birthday. Well for my Mum’s fifty-first birthday we went to Ghent in Belgium to see where my Mum had lived during her younger days.

My parents both lived in Ghent for a short time in their early twenties and my Uncle, Aunty and cousins have lived their for many years. It was great to get a personal tour of all the best places from my Mum and catch-up with my Belgian relatives. During the few days that we were there I exercised my love of street photography; exploring the people and architecture of the city with my camera.

One of my favourite locations was the Belfort en Lakenhalle which offered a remarkable view from the top of it’s tower. The Gravensteen (translates as ‘castle of the count’) is a castle from the Middle Ages and was also a good location to shoot photographs. In fact, the first photograph in this series was shot outside Gravensteen (as was the image of the stacked chairs). 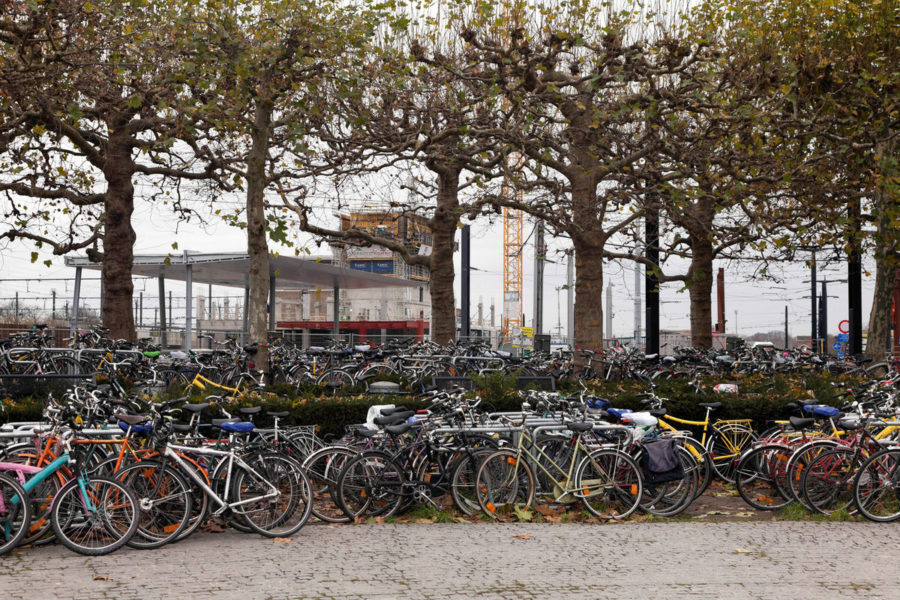 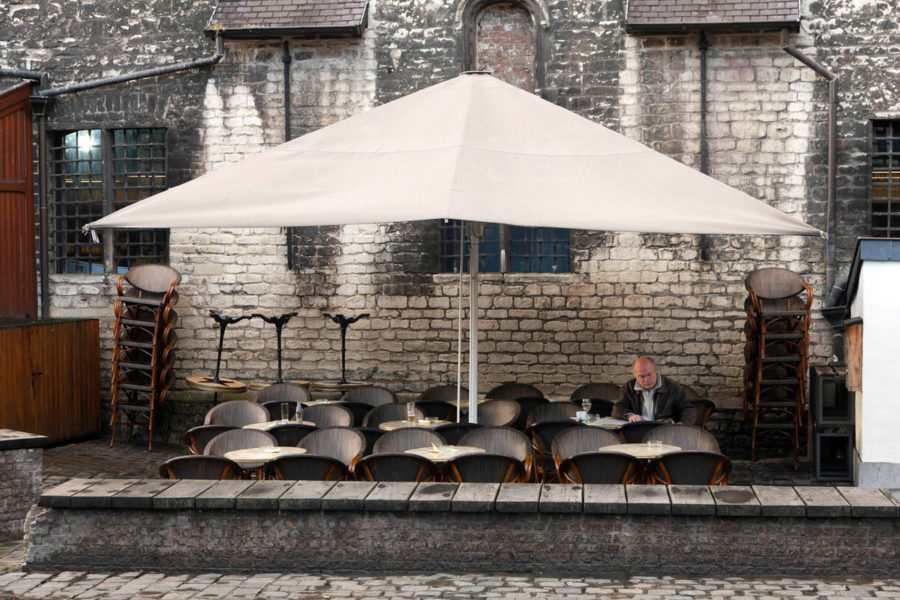 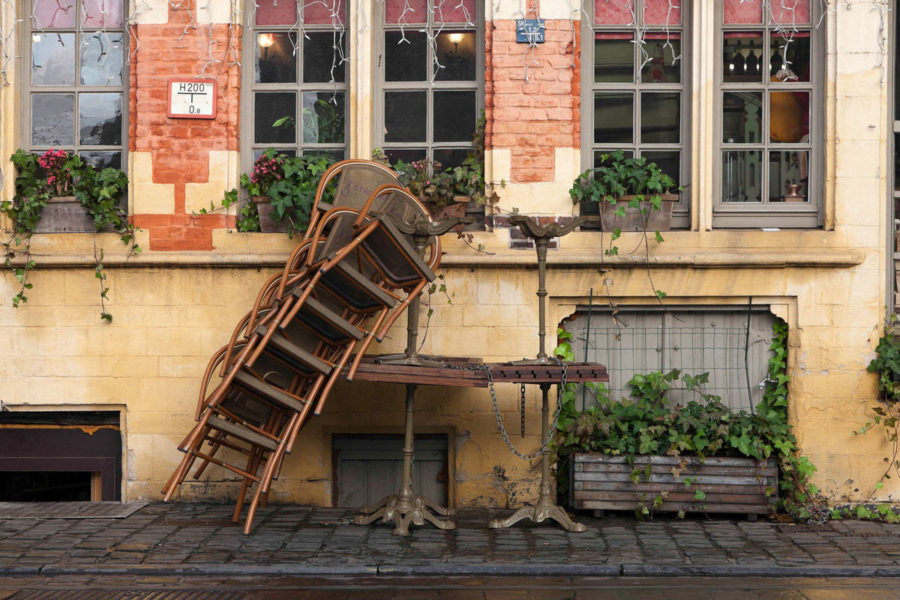 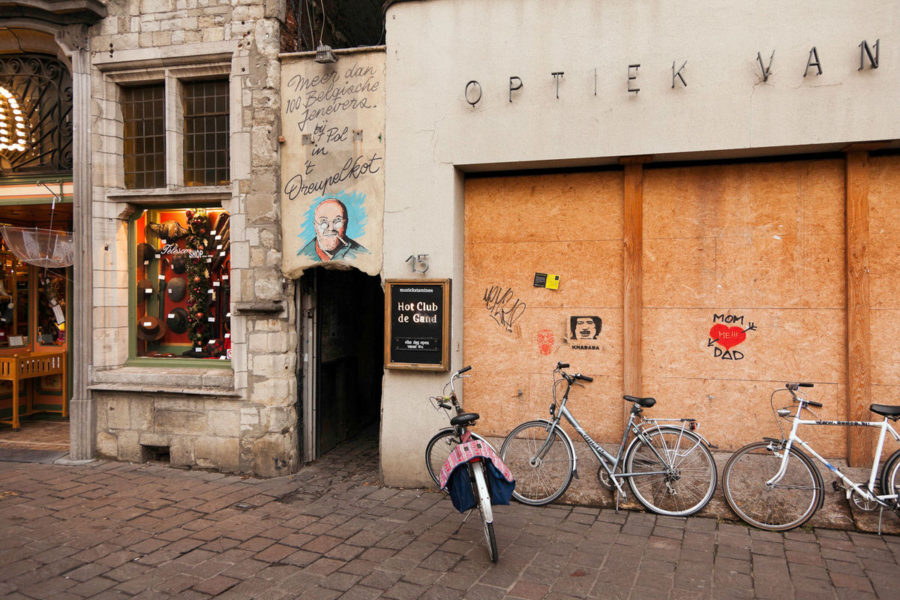 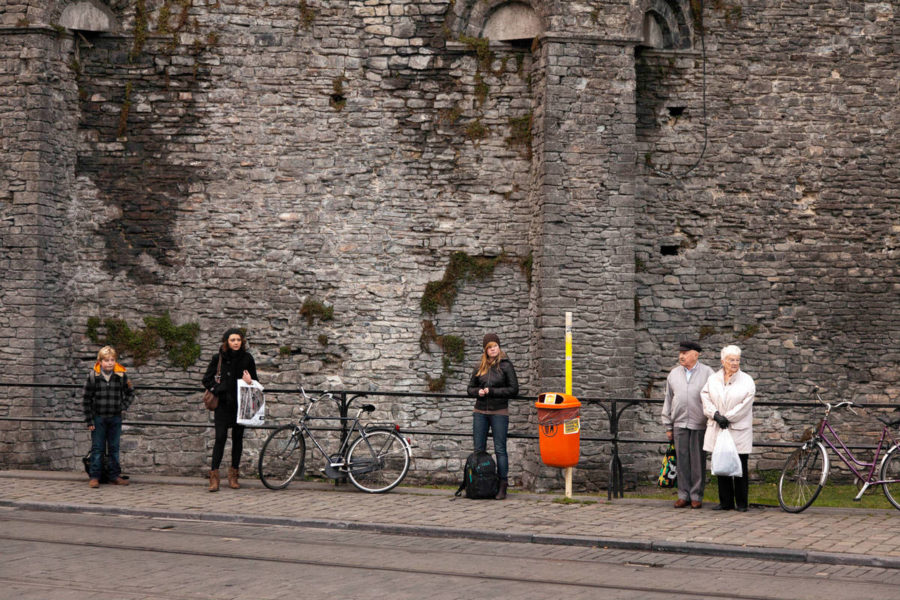 One thing I should mention as you view these photographs is that I was with my Mum, Dad and brother when I shot the majority of them. You may wonder why I mention this. Well, let’s just say that I’m not the only person in my family who is interested in photography. If you were to encounter us on holiday you’d probably think we were from a camera club.

This is by no means a bad thing, it just adds to the challenge of shooting candidly in the street. In fact, it adds to the difficulty of shooting anything original due to the fact that my family has a pretty good eye for spotting a photographic opportunity (as you can see from this photograph by my brother Rhys).

One thought on “Street Photography In Belgium”